REQUEST MORE INFORMATION
In Memoriam
The following links serve as a way of remembering fellow martial artists that have passed on to a better place. Let us not forget the times we spent with these people and the way in which they have touched our lives...
Instructors 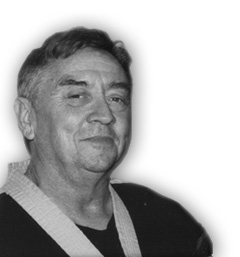 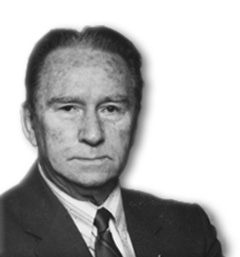 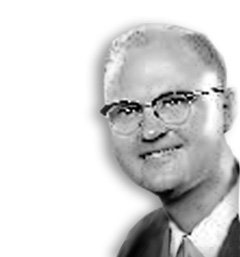 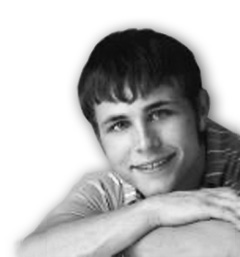 On May 21st, 2006, the world lost another great martial artist. After finishing a series of seminars in North and South Carolina, Grandmaster German passed away in his sleep as he was preparing to return home. I cannot express how sorry I was that I was not able to spend more time than I did with this great man. He will be missed.

The following are a short bio of Grandmaster German and I have also included links to memorable photos of my time spent training and working with him. He was a great man, but a humble man. He was a huge part of my martial arts career, both directly and indirectly.

I encourage you to visit the various portions of our site dedicated to providing information about Mr. German and Mr. Kimmey.

Grandmaster German began his martial arts career as a youth training in a children's form of Japanese Jujitsu at the local YMCA where he lived.  At the age of 12, he would earn a black belt in this style of mostly holds and pins.  From there, Mr. German would continue his training at the famous Budokan training hall in California under the late Al Thomas.  Mr. Thomas was the founder of Budojujutsu, a style Mr. German would later inherit.  It was here that Mr. German trained with the likes of Gene Lebell and other famous martial artists.  He spent many years training strictly under Mr. Thomas, until one day meeting Ed Parker; the "Father of American Kenpo".  Mr. German would end up simultaneously studying at both schools, and unbeknownst to him, laying the groundwork for his style of devastatingly fast hand and foot techniques combined with an equally dangerous ground fighting element.

Mr. German would train hard and end up earning black belts in both styles.  He would later open the first two franchise schools in Ed Parker Style Kenpo Karate.  As he continued to train and now teach, he began to meld his skill of striking and kicking with his ability to fight people while on the ground.  These skills would slowly find their way into his classes.  Disagreements over his combining of the grappling and kenpo karate with Mr. Parker, as well as other disagreements would cause Mr. German to abandon teaching under the name of Ed Parker Kenpo, and instead create his style of TAI Martial Arts.

As he evolved, so did his art.  His training in several forms of Kung Fu as well as Chin-Na would also find their way into the art of TAI.  This fundamental mixing of styles was not only unheard of at this time in his life, but were also frowned upon.  One article in Black Belt Magazine actually referred to him jokingly as the "heretic of the martial arts"; for his almost blasphemous departure from the common trend of teaching one and only one style of martial arts.

His style would continue to grow and develop and would eventually stretch to other parts of the country and world.  Another black belt, Sam Chapman, would later introduce Mr.German and Mr. Kimmey.  This would help cement TAI in our area for decades to come.

NORTH AUGUSTA, S.C. - Virgil DArcy Kimmey, entered into rest Wednesday, May 22, 2002, at his residence. Memorial services will be 11 a.m., Friday, May 24, 2002, at Poteet Funeral Home, 529 Greene Street. Survivors are his wife, Maria M. Kimmey of North Augusta; one son, DArcy Laron Kimmey of Augusta; one daughter, Nancy Kimmey of North Augusta. Additional survivors are three grandchildren and two great-grandchildren. Mr. Kimmey was a native of East New Market, Maryland, and a member of Langley First Baptist Church. He served in the U.S. Army and was a recipient of the Purple Heart. Mr. Kimmey was also a member of the Acia Masonic Lodge No. 315 and the Disabled American Veterans of North Augusta. The family will receive friends Friday morning from 10 a.m., until service time. Poteet Funeral Home, 259 Greene Street, Augusta, Ga.The Augusta Chronicle May 23, 2002

O-Sensei Virgil D'Arcy Kimmey was a child of the depression.  He grew up on the streets of Maryland during one of the harshest time periods in modern history.  He worked to support his family and was initially exposed to martial arts via Chinese immigrants at an early age.   He would go on to join the military a year before he was legally eligible.  During his time overseas, he fought in countless battles and was returned to the US a wounded veteran of World War II.

Mr. Kimmey would being his training in martial arts while working at Camp Gordon (now Fort Gordon).  He would train in Isshin-Ryu Karate until such time that the instructors of the class moved away.  He would continue on teaching the classes as a high level student, but would at the same time search out a new head instructor for the class.  He would be introduced to and help bring over a Korean national who would take over the classes and begin instructing the students and Mr. Kimmey in a early form of Tae Kwon Do.

Mr. Kimmey would move on the training in other styles as well, finally being introduced to David German and studying the art of TAI.  He would excel in this system and become one of the highest ranking black belts in the system.  He was the East Coast representative for the system, and well as the European Ambassador.  In his prime, he ran 5 different schools in the CSRA, and was one of the most popular martial arts instructors in the area.

He taught into his late 70's and actually participated as a teacher until his health would no longer allow it.  He was a great source of knowledge and history of the martial arts.

Mario was a member of our Choy Lee Fut Kung Fu and our Tai Chi Chuan classes.  He was one of the oldest, actively participating, students that I have ever met.  He had a love for the arts, and was constantly pushing himself to learn more and more.  He was a very unique person, and I will miss his smiling face around our school.

AUGUSTA, Ga.- Mr. Marion Butler Blackwell, 78, went to be with the Lord on Saturday, July 17, 2004 at McDuffie County Regional Medical Center. He is survived by his brother William "Bill" Blackwell of Modoc, S.C.; niece, Kay Heard of Macon, Ga.; Nephew, William Field of Charlotte, N.C. Graveside services will be held in Hillcrest Memorial Park on Monday, July 19, 2004 at 11 a.m., with Rev. Gregg Bentley officiating. Family and friends are asked to assemble at the graveside. Mr. Blackwell was born in Augusta to the late Jesse and Elizabeth Weathersbee Blackwell. He attended Richmond Academy and was a 1946 graduate of Georgia Tech. He was an Electrical Engineer for Civil Service until his retirement. Hatcher Funeral Home, Augusta.

Bobby was a member of our Fitness Kickboxing and our Brazilian Jiu-jitsu class.  He was actually the first student to ever sign up for the Jiu-jitsu class.  He had a strong will and was very dedicated to learning to become a better martial artist.  He even expressed an interest in one day trying to compete in mixed martial arts events.  He was a very important part of our class, and he will be missed by all of us.

Obituary: North Augusta, SC—Memorial Services for Robert James "Bobby" Kotz, 18, of Campbellton Drive, North Augusta, SC, who died January 15, 2006, will be conducted Thursday afternoon at 3 o'clock from the Stephen D. Posey Funeral Home. Bobby was a life-long resident of North Augusta. He was a Senior at North Augusta High School, where he was a member of the Swim Team and participated in the Navy ROTC. He was a Veterinarian Assistant with Drs. Barry and Kim Strock. Bobby was a member of the Augusta Fencing Club and active in Martial Arts. Survivors include his parents, Denny and Kathy Kotz, North Augusta; two brothers and a sister-in-law, Christopher and Kristen Kotz, Ft. Worth, TX and Scott Phillip Kotz, North Augusta; paternal grandfather, Jack Kotz, Stone Glen, OH; maternal grandparents, Kenneth and Leela Fultz, Sandusky, OH; a niece, Alexis Kotz; a nephew, Jaxson Kotz. The family will receive friends at the funeral home Wednesday evening from 6 to 8. Memorials may be made to Molly's Malitia. Stephen D. Posey Funeral Home of North Augusta in charge of arrangements (803-278-1181).